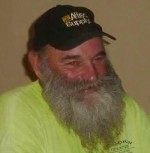 Mitch was a loving Husband, Father, Grandfather, Brother and Uncle who enjoyed helping others, putting a smile on people’s faces, spending time at the Mezyk Farm, and playing frisbee with his dog Bailey Mae.

Mr. Mezyk was a lineman at AT&T for 30 years with perfect attendance whom also served as a Union Stewart.  He graduated from Althoff Catholic High School in 1968 and then joined the US Marine Corps and proudly served in the Vietnam war.  He then married his high school sweetheart Cathy on April 21, 1972, at St. Henry’s Catholic Church, and was blessed with a lifelong marriage.

He is preceded in death by his mother, Dolores M., nee Rigney, Mezyk; and a niece, Kerri Voigt.

Memorials may be made to the Siteman Cancer Center or to St. Henry’s Catholic Church.  Condolences may be expressed to the family online at www.rennerfh.com.