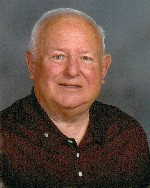 Mr. Vogler worked for General American Insurance for 41 years before retirement. He was a member of St. Luke’s Catholic Church, Belleville, IL, and belonged to the St. Luke’s Men’s Club. Aaron was a U.S. Korean War veteran, a member of the American Legion, and was active in local boy scouting.

He was preceded in death by his parents, John D. and Emilie F., nee Gambach, Vogler; a son, Richard Vogler; a brother, Vernon J. (Ruby) Vogler; and a sister, Geraldine K. Williams.

Memorials may be made to the Alzheimer’s Association or to the American Diabetes Association. Condolences may be expressed to the family online at www.rennerfh.com.

Burial will be at St. Joseph’s Catholic Cemetery, Freeburg, IL.