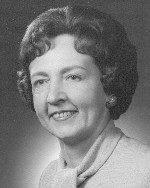 Mrs. Schaefer worked at St. Elizabeth’s Hospital, Belleville, IL, as a radiologist, for 40 years before her retirement.  She was a member of St. Peter’s Cathedral Catholic Church, Belleville, IL.  Adele loved working in her garden, crocheting, bowling, and playing cards with her family.

She was preceded in death by her husband of 61 years, Richard A. Schaefer, whom she married on January 5, 1943, and who died on February 25, 2004; one son, Delmar Schaefer who died in 1986; one daughter, Patricia Huff who died in 2008; her parents, Henry and Justina, nee Bruns, Kreke; two brothers, Paul Kreke and Henry Kreke; and two sisters, Agnes Lugge and Vivian (Herman) Jansen.

Memorials may be made to Heartland Hospice, to St. Paul’s Senior Community, or to the charity of the donor’s choice. Condolences may be expressed to the family online at www.rennerfh.com.