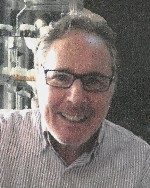 He married Barbara Miquel, nee Fuchs, at the Cathedral of St. Peter in Belleville, Illinois, on October 12, 1973.

Alain was the General Manager of AccorHotels Worldwide.  He enjoyed painting, traveling, rugby, and gastronomy.

Alain held a special place in his heart for his grandchildren.  He read to them every evening before they went to bed.

A memorial will be held at a later date.