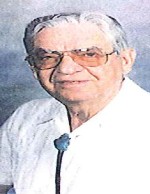 Upon his fathers’ appointment to the University of Arizona as Professor of Law in 1929, his family moved from Davenport, IA, and settled in Tucson, AZ. Col. Thomas attended Tucson schools and the University of Arizona before entering the military service in 1943.  He served 30 years in the U.S. Army and the U.S. Air Force, including combat tours in World War II, Korea, and Vietnam.  He was a decorated pilot, holding numerous service awards.  He was a life member of many military and aviation related organizations including The Military Officers Association of America, The Air Force Association, the Military Order of the World Wars, the Order of Daedalians, the Soaring Society of America, and the Experimental Aircraft Association.

Funeral:  A Memorial Service followed by burial with Military Honors will be held at 2:00 PM on Monday, October 24, 2016 at East Lawn Palms Cemetery, Tuscon, AZ.

We send our love with fond memories of your Dad and Mom as charter members of Beautful Savior Lutheran Church. May our Lord comfort you in your sadness.
Pastor Dan & Jane Hodgson