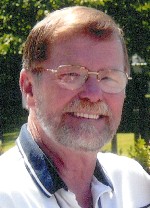 Mr. Spinner worked as a supervisor for Lange-Stegmann Co. in St. Louis, MO, before his retirement. He was an avid target shooter, photographer, motorcyclist, and bicyclist. He also enjoyed guns, archery, antique vehicles, and was a member of the Lakers Car Club. Albert was a United States Air Force veteran.

Albert was preceded in death by his wife of 32 years, Margaret “Peg”, nee Miller, Spinner; whom he married on December 30, 1978, and who died on November 16, 2011; his parents, George and Martha Spinner; and his brother-in-law and sister-in-law, Allan (Margie) Miller.

Memorials may be made to the Belleville Area Humane Society or to the Alzheimer’s Association. Condolences may be expressed to the family online at www.rennerfh.com.