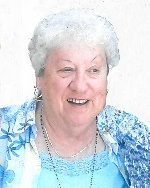 Mrs. Jung worked as a program assistant at the Child Development Center, Scott Air Force Base, IL, before her retirement.  Alice was a member of the Turkey Hill Grange and a parishioner of St. Peter’s Cathedral, Belleville, IL.

She was preceded in death by her parents, George P. and Minnie A., nee Fordyce, Wilkerson; five brothers; and four sisters.

Memorials may be made to St. Agatha’s Catholic Church, New Athens, IL. Condolences may be expressed to the family online at www.rennerfh.com.

Burial will be at Oak Ridge Cemetery, New Athens, IL.