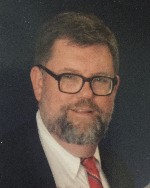 Allen was educated in the Riverside public school system, at Canyon Crest and Lincoln Elementary Schools, University Heights and Central Junior High Schools, and Polytechnic High School, from which he graduated in 1960.  In 1965, he received a bachelor’s degree from Stanford University, with a major in classical languages and a minor in physics.  In 1991, he received a master’s degree from the University of Texas at Tyler, with a major in technology.

After graduation from Stanford, he enlisted in the U.S. Navy and was commissioned Ensign, Supply Corps, USNR.  He volunteered for and served a tour in Vietnam and was released from active duty in 1968.  He served in the Naval Reserve through 1971.  He entered the Federal Civil Service in 1969, at McClellan AFB, Sacramento, CA.  In 1974, he transferred to the Air Force Contract Management Division, now part of the Defense Contract Management Command, where he spent many years in the Los Angeles area as an Installation Transportation Officer.  In that capacity, he was involved with the development, production, and post-production support of most of the Air Force, and many of the Navy, weapon systems of recent vintage, including A-9, B-1B, C-9, C-17, F-5, F-17, F-18, F-20, F-111, KC-10, T-38, and T-45 aircraft; the ACES II ejection seat; inertial navigation units both for various stages of the Minuteman, Peacekeeper, Small ICBM, Polaris, Poseidon, and Trident ballistic missiles and for various submarines; the Space Shuttle Main Engine, and various electronic and space systems, such as GEODSS.

In 1990, during the general reorganization of military contract administration agencies that resulted in the birth of the Defense Contract Management Command, he transferred to the Ballistic Missile Organization in San Bernardino, CA, where he worked on a variety of transportation, hazardous material and data management projects related to the closure of the base.  In 1994, he transferred to Scott AFB, Belleville, IL, where he was a supervisor in the Air Mobility Command’s Passenger Reservation Center until his retirement in 1998.

He was preceded in death by his wife, Elizabeth Anne, nee Fair, Searcy; his parents, Allen Jr. and Gertrude, nee Marton, Searcy; uncles, Robert Searcy and Philip Marton; and an aunt, Vivian Fermin.

In lieu of flowers, memorials may be made to the Friends of the Freeburg Public Library. Condolences may be expressed to the family online at www.rennerfh.com.

Funeral:  Memorial services will be held at a later date in Freeburg, IL, and Riverside, CA.

Burial will be in Riverside, CA.