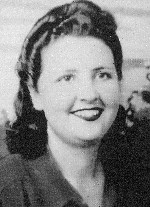 Mrs. Hampton was a homemaker. She was a loving wife, mother, grandmother, and great-grandmother.

Memorials may be made to Family Hospice of the Belleville area. Condolences may be expressed to the family online at www.rennerfh.com.

Burial will be at Mt. Evergreen Cemetery, Millstadt, IL.