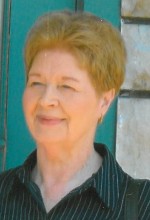 Print Obituary
Anna M. Wilderman, nee Smith, 87, a longtime resident of Hecker, IL, passed quietly from this life on Tuesday, June 11, 2019. She was a loving wife, mother, grandmother, and great-grandmother. At the time of her death, she was a resident of the Freeburg Care Center, Freeburg, IL.

Anna was born on October 30, 1931, in Herring Neck, Newfoundland, Canada, to William and Mary Smith. On August 15, 1951, Anna married Harold Wilderman of New Athens, IL, who was stationed in Newfoundland at that time. Upon Harold’s retirement from the Air Force in 1971, they returned to this area residing in Hecker, IL.

She was preceded in death by her husband, Harold E. Wilderman, who passed away on September 28, 2008; her parents, William P. and Mary A., nee Murphy, Smith; three brothers, Columbus Smith, William Smith, and Mark Smith; and two brothers-in-law, Gerry Walsh and Frank DeMasi.

The family would like to thank the staff of the Freeburg Care Center for the wonderful care provided to Anna during her four year stay at the facility.

Memorials may be made to The Poor Clare Monastery of Our Lady of Mercy, 300 N. 60th Street, Belleville, IL, 62223, or to the Restorative Nursing Dept., Freeburg Care Center, 746 Urbanna Drive, Freeburg, IL, 62223. Condolences may be expressed to the family online at www.rennerfh.com.

Per Anna’s request, no visitation will be held. Private family funeral services will be held at Jefferson Barracks National Cemetery, St. Louis, MO.