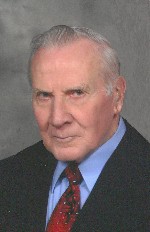 Mr. Neff was a member of St. John the Baptist Catholic Church, Smithton, IL, and a member of the of the Holy Name Society at church. Tony was a Korean War veteran and a lifelong member and past commander of American Legion Smithton GEM Post #937. He was a member of St. Clair County Farm Bureau and Smithton Commercial Club, and a past board member for Smithton Township and the Smithton Lumber Company. Tony was a long-time bowler and bowled in many tourneys; including the Farm Bureau and Legion Tournaments, and was also league secretary for Panorama Lanes. He helped start the Smithton Community Bingo and St. John’s Quilt Bingo, and managed the peach stand at the Smithton picnics. He enjoyed playing softball and played on both the Farm Bureau league and his church league.  Tony was a skilled card player, Cardinals fan, blood donor, and a lifetime farmer.

He was preceded in death by his wife of 64 years, Arlene K., nee Speichinger, Neff, whom he married on November 21, 1950, and who died on August 28, 2015; his parents, Peter and Cecelia, nee Brielmaier, Neff; a brother, Herbert (Helen) Neff; a sister, Rita (Sylvester “Pete”) Zoeller; and three brothers-in-law, Robert Speichinger, Roy Speichinger, and William Speichinger.

The family wishes to extend their heartfelt thanks to the staff of Legacy Place, Hospice of Southern Illinois, and Homeinstead for their kindness shown to Dad.

Memorials may be made to St. John the Baptist Building Fund, Hospice of Southern Illinois or Greater St. Louis Honor Flight.  Condolences may be expressed to the family online at www.rennerfh.com.

To the family of Mr. Anthony Neff, my family and I are covering you all in prayer as you lay to rest your loved one. It is our prayer that the peace and comfort of God abide with you during this very challenging time.

Steve, Lynn and Ethan please know I am keeping you all in my prayers. I’m so thankful to have visited with Tony at Ethan’s graduation. I know he will be dearly missed by many.

Heartfelt sympathy to you.