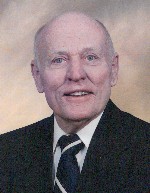 Ardell grew up in O’Fallon, IL, on the family farm. He attended O’Fallon High School and Belleville Area College (SWIC). He served in the Navy for three years on the U.S.S. Boxer. His career included working for Southwestern and Illinois Bell Telephone Company, which spanned 35 years. After his retirement he continued his career as a managing consultant for independent phone companies working throughout the Midwest.

Outside of work Ardell was active in St. Albert’s (Holy Trinity) Parish in Fairview Heights in various capacities.

Family and friends will remember Sunday gatherings with his homemade ice cream.

The family would like to give a special thank you to the caregivers from Hospice of Southern Illinois.

Memorials may be made to Hospice of Southern Illinois or to Holy Trinity Catholic Church, Fairview Heights, IL. Condolences may be expressed to the family online at www.rennerfh.com.