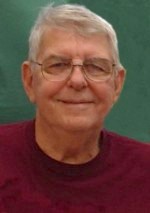 Armin was a self-employed professional painter for 55 years before his retirement and a member of the Painters Local 85 Union.  He was a member of St. Agatha Catholic Church New Athens, IL, and belonged to the Knights of Columbus – New Athens Council 3789 and the New Athens Sportsman’s Club. Armin was an avid deer hunter.

He was preceded in death by his parents, Arthur C. and Anna Mae, nee Herzog, Stehl; and a brother-in-law, Vic Joellenbeck.

Memorial donations may be made to St. Joseph Catholic Church, Freeburg, IL, or to the New Athens Home for the Aged.  Condolences may be made to the family online at www.rennerfh.com.