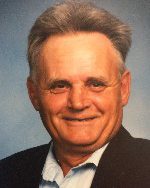 Art worked for 30 years as a dock hand for Local 600.  He retired from Consolidated Freightways, and enjoyed 26 years of retirement.  He loved his family and friends, and enjoyed his late-night dinners at both Denny’s and Gary’s Restaurant.  Art could spend countless hours watching his cows.  He loved his old country music and his western movies.  Art was a U.S. Army veteran.

Memorials may be made to Disabled American Veterans. Condolences may be expressed to the family online at www.rennerfh.com.

According to Art’s wishes, cremation will follow the services.  Burial of cremains will be held at a later date.