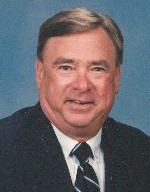 He was a member of St. James Catholic Church, Millstadt, IL, and a member of the Over 50 Club.  Art enjoyed playing euchre with family and friends, watching his grandchildren play sports, and watching his favorite baseball team, the St. Louis Cardinals.

He was preceded in death by a son, Richard R. Terveer; his parents, Robert and Mary, nee Schroeder, Terveer; a sister and brother-in-law, Rita and Roger Rulevish; and a sister-in-law, Delores Terveer.

Art’s family would like to extend special thanks to Hospice of Southern Illinois.

Memorials may be made to Hospice of Southern Illinois, to St. James Catholic Church in Millstadt, or to the Millstadt Senior Center.  Condolences may be expressed to the family online at www.rennerfh.com.

Carol and family: We are sorry to hear about your loss. Our thoughts and prayers are with you and your family. Jerome and Judy