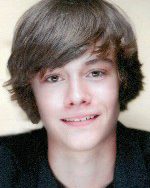 Print Obituary
Austin Richard Veile, 21 years old, died Saturday morning at the Mercy-West County Burn Unit after being rescued from a home fire.  Austin was born on November 15, 1995, at St. John’s Mercy Medical where he also died on July 29, 2017.

Austin graduated from Signal Hill School in 2010, where he was the cutest pickpocket in the SHS 8th grade production of “Oliver!”  He graduated early from Belleville West High School in 2014, where he was on the golf team and bass fishing club.  Musically-inclined, Veile played cello in the orchestra. He scored extra credit points EVERY day in Mr. Lombardi’s Honors Biology class bringing in natural treasures. He didn’t worry about grades, but he was a 99 percenter on every standardized test.

His first-grade teacher pegged his lead intelligence as a Naturalist, and he was happiest out in nature. He loved exploring the St. Clair County Greenspace preservation. He fished every creek and pond in the area.  He once noodled a fish out of Richland Creek. Austin had a sixth sense for reptiles; snakes, lizards and skinks seemingly came out to greet him wherever he went.

This was one Go boy. He mastered tricks on everything that had wheels: trike, bike, skateboard, trick bike and even unicycle (while juggling). Austin loved to Par Coeur, running, jumping and scampering toward everything in sight. He taught himself to play many string instruments, including guitar, ukulele and cello. On his 8th grade trip to Chicago, Austin “busked” at Navy Pier and made enough to buy a new guitar. Austin went with his dad to scout Philmont and the Northern Boundary Waters. The inseparable pair went deep sea fishing in Florida, fly fishing the Frying Pan and Gunnison Rivers in Colorado, trout fishing at Bennett Springs and Montauk.  Austin always caught his limit (and Al’s).

Well-traveled, Austin lived in South Africa, visited Australia, New Zealand, Fiji, and Costa Rica. He certified in SCUBA when he was 12 at Metropolis, and dove in Turks and Caicos, Akumel, Cozumel and Costa Rica. Austin learned to paraglide at Kitty Hawk. He enjoyed hiking with his family in the Smokey Mountains, the Blue Ridge Mountains, Bryce, Zion, and Big Bend. The family made annual fall pilgrimages to Giant City, Garden of the Gods, and Pere Marquette.  He toured Niagara Falls, Longhorn Caverns, Meramec Caverns and Inner Space. Austin “Danger” Veile snow skied and boarded Aspen, Crested Butte, Keystone, Breckinridge, Snow Mass, Winter Park, Vail and Beaver Creek. There is a semi-viral video of Danger down hilling in his boxers.

Most summers, he and Allyson went to Texas for “Camp Grandpa” with cousins Stephen Graham, DJ Alley, and all the fun Faith cousins. He worked cattle, rode horses, and picked pecans. His dearly-departed grandpa bragged that Austin was the only grandchild who didn’t break down his John Deere or Bobcat tractors.  He loved fishing in “Austin’s Pond” and the Donohoe river.

An entrepreneur from early on, Austin started up SnakeBusters, a wildly successful reptile removal and transfer program in the neighborhood (ball python adoption available).  Austin totally immersed himself in his art, wire wrapping beautiful jewelry and wire tree sculptures for his fledgling business “Keep Austin Wired.”  He pedaled his treasures at the Signal Hill Holiday on the Boulevard, the St. Clair Fairgrounds Flea Market and online.  He also created tie dyes, blown glass, and hemp braided bracelets. While working as a pool technician, he innovated new devices for sealing leaks in buried pool lines and for vacuuming pools. He had just started building his own business, servicing pools in the west end.

The family plans to travel with Austin’s cremated remains to his favorite places to honor his life, vitality, brilliance, humor, creativity, and wanderlust.

Our son was welcomed into heaven by his grandparents, Dick and Joy Alley of Texas; Oscar and Ruth Veile of Belleville; and his adored second mom, Joni Quaas of Belleville.

The family thanks the heroics of the Signal Hill Volunteer Fire Department, especially Tim Bainter, and the EMT’s who attended to our precious son.

In lieu of flowers, the family asks for memorials to be donated to the St. Clair County Greenspace Foundation.  We plan to fortify the bridges on the trail over the creek he loved so well.  For more information about the short life of this wonderful young soul, please visit his expanded story at www.rennerfh.com.