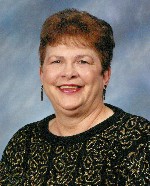 Mrs. Emig retired from St. Elizabeth’s Hospital in Belleville, after 31 years as a patient accounts clerk.  Barbara was a member of Holy Trinity Catholic Church, Fairview Heights, IL, and belonged to the St. Ann’s Sodality.

She was preceded in death by her, parents, Clarence and Virginia, nee Helfrich, Janiszak; her step-father, Steve Jansak; a brother, Clarence Janiszak, Jr; and a nephew, David Janiszak.

Memorials may be made to Holy Trinity Catholic Church, Fairview Heights, IL, or to Heartland Hospice.  Condolences may be expressed to the family online at www.rennerfh.com.

Burial will be at Holy Cross Cemetery, Fairview Heights, IL.