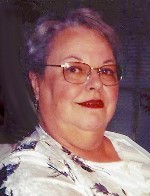 Print Obituary
Barbara J. Fischer passed away unexpectedly at her residence in Shiloh, IL, on Saturday, August 31, 2019. She was born on March 5, 1947, in East St. Louis, IL.

She is survived by her sister, Jene Tattini, and her brother-in-law,
Gene Tattini, Lt. General, Retired, USAF;
her nieces, Susann Tattini-Schick, and her husband, Mathew,
and Michelle Tattini;
her great-nephews, Scott and Nathan Schick;
her cousins, Dr. Donald and Dr. Judith Chaney and family,
and Kent Fischer;
and Heidi, her faithful and loyal cat.

A special thank you is to be extended to her neighbor, John. He was her guardian angel on earth.

She will be dearly missed by her family and the multitude of friends she left behind.

According to Barbara’s wishes, cremation services were held.