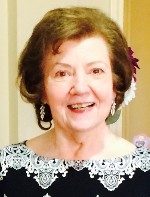 Bea was a 1948 graduate of the Academy of Notre Dame, Belleville, IL, and was crowned queen of the 10th annual Illinois Farm Sports Festival at the University of Illinois, Champaign, at the age of 18.  She was a stenographer at Lindauer Lindauer & Pessin law firm in Belleville, Il, and a model for the Patricia Stevens Modeling Agency. Subsequently she and her husband Joseph owned and operated Geissler Roofing Company, Inc., in Belleville.

Bea was a loving and compassionate wife, mother, and grandmother. A member of the Gateway Arch Bell Collectors Club, she was a long-time member of St. Teresa Catholic Church in Belleville and served as a Eucharistic Minister at St. Elizabeth’s Hospital. She and her husband Joe were active in the charismatic group at the Kings House Retreat Center in Belleville.  She was past-president of the St. Teresa Grade School mother’s club, and a leader of the Clover Belles 4-H Club.

She was preceded in death by her husband of 65 years, Joseph O. Schneider, whom she married on November 23, 1949, and who died on January 1, 2015; her parents, Albert and Agnes, nee Schlemer, Mayer; and three brothers, Earl, Leon, and Roy Mayer.

Bea was gracious and selfless in life, approaching others and life’s obstacles with positivity. She taught honesty, empathy, and generosity everyday through her example. She will be forever missed and cherished as a kind heart whose life impacted many.

Memorials may be made to Smile Train, or to Operation Food Search.  Condolences may be expressed to the family online at www.rennerfh.com.