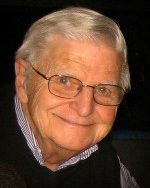 He was preceded in death by his wife of 57 years, Rosemary, nee Zahn, Lengerman, whom he married on November 27, 1947 in Trenton, IL, and who died on November 17, 2005; his parents, Henry J. and Clara, nee Rohr; Lengerman; a brother, Paul (Dorothea) Lengerman; and a sister, Helen (John) Glanzner.

In lieu of flowers, memorials may be made to St. Teresa’s St. Vincent DePaul Society. Condolences may be expressed to the family online at www.rennerfh.com.

Funeral:  A Mass of Christian Burial will be held at 12 noon. Wednesday, May 9, 2018, at St. Teresa’s Catholic Church, Belleville, IL, with Msgr. David Darin officiating.