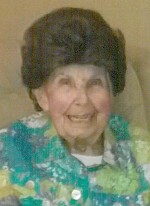 She was preceded in death by her husband, James F. Voss, whom she married on September 22, 1951, and who died on August 2, 2004; her parents, Sam Sr., and Nola, nee Tolliver, Morrison; a daughter-in-law, Betty Jo Voss; three sisters, Juanita Grimmer, Geraldine Philips, and Rosemary Bosick; and two brothers, Albert Buddy Morrison and Sam Morrison, Jr.

Memorials may be made to HSHS Hospice or to the Community Interfaith Food Pantry. Condolences may be expressed to the family online at www.rennerfh.com.

Funeral:  A Mass of Christian Burial will be held at a later date.