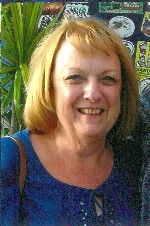 Beverly retired from the University of Illinois, DSCC. She enjoyed vacationing at the beach, being outdoors in her garden, and was a lifelong Cardinals baseball fan. She was so deeply loved by all her family, friends, and co-workers, and will be dearly missed by all.

She was preceded in death by her parents, Edward, Sr. and Rosemarie, nee Bauer, Pope; and a brother, Mark Pope.