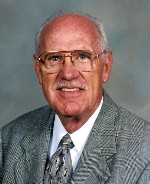 Bill graduated from Mount Vernon High School and enlisted in the National Guard Unit out of Mount Vernon, IL.  He attended McKendree College, Lebanon, IL, and while there his National Guard Unit was called to serve in the Korean Conflict from 1951 – 1953.  He then returned to and graduated from McKendree College in 1957.  Bill then attended Eden Theological Seminary in Webster Groves, MO, and graduated in 1964 with a master’s degree.  He served as a minister in the former United Methodist Southern Illinois Conference for 29 years and the Illinois South Conference of the United Church of Christ for 21 years.

He was preceded in death by two granddaughters, Rachel Koch and Elizabeth Koch; his parents, Joseph and Chloe, nee Wicks, Cummins; and a brother, Robert Maurice Cummins.

In lieu of flowers, memorials may be made to Union United Methodist Church, Belleville, IL, to St. Paul United Church of Christ, Belleville, IL, to Programs and Services for Older Persons (PSOP) Belleville – Senior Companion Program, to the American Parkinson’s Disease Association, Greater St. Louis Chapter, to the Alzheimer Association of Greater Missouri, or to Eden Theological Seminary.  Condolences may be expressed to the family online at www.rennerfh.com.

Interment will be at Big Prairie United Methodist Church Cemetery, Carmi, IL, at a later date.