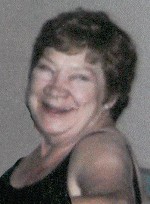 Mrs. Sturms was a member of the Eastern Star, Job’s Daughters, and the Community Christian Church.

Billie was preceded in death by her husband of 47 years, Ivars Sturms, whom she married on July 11, 1964, and who died on July 16, 2011; her parents, Eldon L. and Anna, nee Wagster, Gamel; a brother, Ronald Gamel; and a nephew, Christopher Bechtel.

Memorials may be made to Vitas Hospice.  Condolences may be expressed to the family online at www.rennerfh.com.