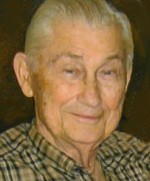 Billy worked in logistics management for helicopters and retired from the U.S. Army Aviation Systems Command, St. Louis, MO. After retirement, he worked for Dyncorp and Cobro as a defense contractor.

Billy was a member of Union United Methodist Church, Belleville, IL. He had been active in many organizations including the American Legion Swansea Post #2007, a former 40-year member of Belleville American Legion Post #58, St. Clair-Monroe County Voiture #926 of the 40 and 8, VFW Post #805 of O’Fallon, the Shiloh Eagles, the National Association of Retired Federal Employees Chapter # 1019, and the Korean War Veterans Association Imjin Chapter #95 of Swansea. He was proud to have traveled to all 50 States of America.

Billy served four years in the U.S. Air Force during the Korean War, which consisted of one overseas tour in Germany. He spent four years serving for the Air Force Reserves 73rd Troop Carrier Squadron at Scott Air Force Base.

He was preceded in death by his parents, Clemons and Mabel, nee Dodds, Juergens; and a brother, Paul Juergens. He is survived by his wife of 63 years, Mary Joan, nee Skaggs, Juergens, whom he married June 27, 1959; two daughters, Kay (Paul) Miskell, and Lori (Robert) Anderton; and a granddaughter, Emma Anderton.

Memorials may be made to Union United Methodist Church Building Fund or the American Legion Post # 298, Dixon, MO. Condolences may be expressed to the family online at www.rennerfh.com.

Burial with military honors will be at Dixon City Cemetery, Dixon, MO.