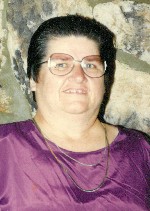 Mrs. Wiegand worked at Walmart before retirement. She was a loving wife, mother, grandmother, and great-grandmother. She will be greatly missed.

Memorials may be made to the Victorious Missionaries at the Shrine of Our Lady of the Snows, Belleville, IL. Condolences may be expressed to the family online at www.rennerfh.com.

Burial will be at Hecker City Cemetery, Hecker, IL.