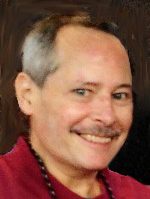 Brad was a former co-owner with his family of Belleville Supply Company.  He loved hunting, fishing, camping, and campfires.  He also enjoyed woodworking and singing karaoke.

In lieu of flowers, memorials may be made to an Animal No Kill Shelter of donor’s choice or to the Melanoma Research Foundation, P.O. Box 759329, Baltimore, MD, 21275-9329. Condolences may be expressed to the family online at www.rennerfh.com.