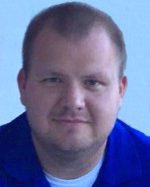 One of his greatest loves besides sports was teaching.  He taught at Soldan International Studies in St. Louis for the past 9 years.  He was a mentor to so many of his students and always wanted to make a difference in their lives.  He impacted so many people through his teaching and coaching which is evident by the outpouring of support from his colleagues and former students.  His legacy will live through the many lives he’s touched and the positive impact he had on them.  Brian received several teaching awards throughout his short career.  He was an amazing young man.

Memorials may be made to the Conor and Adelina Rutter Education Fund in care of Bank of Belleville or to the American Heart Association. Condolences may be expressed to the family online at www.rennerfh.com.