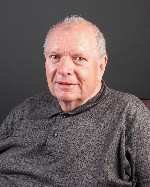 Print Obituary
Brother William L. Johnson, OMI, 71, died on Sunday, January 27, 2019, at the Dammert Care Center of The Esquiline Retirement Community at the National Shrine of Our Lady of the Snows, Belleville, Illinois.

Brother Bill (aka B.J.) was born in 1947 to the late John and Margaret (McGregor) Johnson in Littlefork, Minnesota. After his primary and secondary education in International Falls, MN, he joined the Missionary Oblates of Mary Immaculate, pronouncing his first religious vows in 1968. He did university studies at Creighton University in Omaha, NE, and Oblate School of Theology in San Antonio, TX. He also completed an M.A. (1975) and a Ph.D. (1980) in Counselor Education at St. Louis University.

While a student at SLU, he was on the ministry team at Holy Guardian Angels Parish in St. Louis. He spent several years working with prospective future Oblate seminarians in Omaha, NE. In 1986, he began a six-year ministry as Director of Family Programming at the National Shrine of Our Lady of the Snows in Belleville. From 1992 until 2008, he was the Director of King’s House of Retreats in Belleville. He subsequently moved back to the Shrine as Associate Director until a sabbatical year in 2012 and since 2013, worked with the pastoral care department at the Esquiline as much as his health would permit.

Brother Bill was preceded in death by his parents and by his sister, Rhoda Johnson Moone.

Mourning his passing are his brother-in-law, Richard Moone, nephews Rajean and Ronald Moone, several cousins and many good friends, as well as some 3700 Missionary Oblates of Mary Immaculate serving in 60 countries.

In lieu of flowers, donations for the missions of the Oblates of Mary Immaculate would be greatly appreciated. Concolences may be expressed online at www.rennerfh.com.