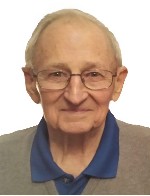 He was drafted by the Army and served from 1951 to 1953 during which time he played ball in Korea.  He is a lifetime member of the American Legion Post 58.

Barney was drafted out of high school and played baseball for the Chicago Cubs, the St. Louis Cardinals, and the Chicago White Sox from 1949 thru 1958.  He worked for the St. Clair County Highway Department for 37 years as an assistant engineer, and also worked part-time for the City of Belleville Parks and Recreation Department for 60 years as a coach, official, commissioner, and a monitor.  Barney touched the lives of many young men during his years of coaching the Belleville Hilgards American Legion Baseball Team with long-time friend, John Schmidt.  Their teams won two state championships in 1968 and 1975; finished second in state in 1972; and third in state in 1967 and 1980.

He played baseball in the St. Clair/Monroe County League from 1959 thru 1975.  He was chosen for the All-Star team many times during those years and was batting champion four times.

He also was an assistant coach for the Belleville Whiz Kids slow pitch women’s softball team.  This team won many state championships and appeared in numerous national championships.

Barney received the St. Louis Elks Sports Celebrity Award for amateur baseball, was selected as a charter member of both the Illinois High School Association and Mon-Clair Baseball League Halls of Fame, and was a member of the Belleville American Legion Baseball, Amateur Baseball and Belleville News-Democrat Sports Halls of Fame.  In 2006, the City of Belleville named a street at Whitey Herzog Field in honor of Barney Elser for his life-long service to Belleville American Legion Baseball.

He was preceded in death by father, Byron Otto Elser; his mother, Marie Agnes, nee Olbrisch, Elser; and a sister, Beverly Katherine Musso.

A special thank you is extended to the wonderful nurses at Fresenius, who cared for Barney the last four years during dialysis, and to the staff of Hospice of Southern Illinois for the special care he received from them.  He will be sorely missed by all who knew him.

In lieu of flowers, memorials may be made to the Belleville Park Project, or to Hospice of Southern Illinois.  Condolences may be expressed to the family online at www.rennerfh.com.

Funeral:  A Mass of Christian Burial will be held at 11 a.m. Saturday, April 1, 2017, at St. Henry’s Catholic Church, with Rev. Kenneth York officiating.

Please accept my deepest sympathy for your lose. As a 1968 member of his Hilgard team, Barney was more than a baseball coach to me, and no doubt to others. He was a life coach and was dearly loved and respected. My time with Barney was short, but he gave me a lifetime wealth of knowledge regarding leadership and integrity. Barney is with me eveyday of my life. I’m absolutely sure he is now in the finest baseball stadium built by Him.
God Bless Barney.

Kanda and I would like to offer our deepest sympathy to the entire Elser family. My most memorable years were with the Hilgards in 1967 and 1968 and Barney made them the most cherished years of my baseball playing days. We not only had a great deal fun playing for him but he taught all of us so many life lessons that all of us would use later in our lives. Barney was a great teacher, mentor, and friend to everyone who ever played for him. We will all miss him but he will live in our hearts and mind forever.

As a 21 year old coach of American Legion baseball in Collinsville, in 1968 , I was introduced to “Barney”. It was a competive time but he was always so nice and professional . I know he was a positive influence on so many “kids” over the year! A real first class gentleman who touched so many. God Bless you Barney! You touched my life as well. Otto Daech

I am so honored and thankful to have known and played baseball for Barney Elser. Barney taught us baseball and so much more. He was a role-model and inspiration to all. Everyone wanted to play for Barney because he was the best. Barney was selfless, devoting so many summers to the youth he coached. We who knew and played for Barney came away with a lifetime of memories and a never-ending love for the man who gave us so much. We love you, Barney.

Dear Laverne and Family,
So sorry to read about Barney passing. I remember our Sat. card games at your house and ours when the kids were little. I also recall your having to come back in when leaving our house because you “forgot Randy.”
Our prayers are with you at this sad time.
Kathy Lonsdale, Bob, Brian, and families.

Dear Mrs. Elser and family,
I had the pleasure of working with Barney at the Bellevile Parks and Recreation Department many years ago. He was a basketball referee and I kept score. He was such a nice man, and it was easy to tell how much the players admired and respected him. I remember one of the players being Rusty Lisch.

May God bring you all comfort as you grieve the loss of such a wonderful man.

(Advised by Bruce when he was Althoff Counselor, and enjoyed working with Tim, Randy and Bruce at the Belleville Pool and/or Nichols Community Center)

So many of us who played and coached baseball in this town were directly instructed, motivated, or benefited from Barney’s knowledge and love for the game. He was also an awesome father, evidenced by his wonderful family.

We hold you close in our thoughts and prayers with the loss of your father, Randy, and Grandfather, Amelia and Ben.
We are here for you always…

To the Elser family we are so sorry for your loss. Our deepest sympathies to you all. I still have the best memory of him because he had the loudest whistle i ever heard when he wanted to get someone’s attention (specifically on the softball field) right Dawn! He will be greatly missed. Missy and Michelle

Barney was an energetic free spirit! He always had a positive outlook on life, and was a joy to be around!

Laverne and family, My deepest sympathy to you at this difficult time. It’s hard to be concise when complimenting Barney because his laudable characteristics were innumerable. He was unique as a coach in his ability to integrate playing knowledge,a burning desire to win,and permitting his players to joke and have fun when appropriate. His knack to develop relationships that were sincere, caring,and genuine motivated his players to give their best efforts in developing as a player and as a person.To Barney and Laverne,thank you for being you.

We hold you close in our thoughts and prayers with the loss of your father, Randy, and Grandfather, Amelia and Ben.
We are here for you always…

Dear Dawn: My condolences to you and your family. Your father had such a huge impact on many people. I’m sure he will be greatly missed.