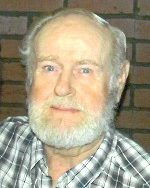 Mr. Bauer was a plumber, a member of the Plumbers and Pipefitters Local 101, and a recipient of the Labor Man of the Year award.  He was an avid golfer, a former Boy Scout leader, and a youth baseball coach in the Belleville area for more than 30 years.  He was a member of St. Augustine of Canterbury Catholic Church and a member of the Catholic Holy Family Society. Mr. Bauer was a U.S. Marine Corps veteran.

Carl was preceded in death by his wife of 29 years, Lois F. Bauer, nee Kennedy, whom he married on April 23, 1960, and who died on May 2, 1989, his parents, Joseph and Charlotte, nee Drovetta, Bauer; and a special nephew, Christopher Sansom.