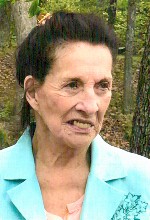 Joanne was a member of Zion Lutheran Church, Belleville, IL. Mrs. Kocot started her own business, Tentland, in which she started with a signature loan on a semi-truckload of Tents. She had Tentland changed, with the times, from tents, to trailers and RVs, and then to truck covers and accessories. She had a love of gardening, working on puzzles, and attending any yard sale she could find.

Visitation: Friends may visit from 4 to 7 p.m. Wednesday, January 13, 2021, at George Renner & Sons Funeral Home, Belleville, IL, and from 10 to 11 a.m. Thursday January 14, 2021, at Zion Lutheran Church, Belleville, IL. Standard CDC guidelines, including masks and a limited number of visitors at any one time will be observed.