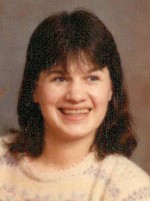 Cathy was a devoted daughter, sister, mother, and grandmother. During her career in advertising and sales, those that knew her described her as thorough, unafraid of failure, and easy to talk to. She dedicated her life to providing for others. There was not a heartbeat she wasn’t willing to help, whether they had two legs or four.

She graduated from Althoff Catholic High School in 1968, as part of the first 4-year class to do so following its opening. Cathy then attended SIU-Edwardsville and afterwards, acquired her cosmetology license – a professional designation she maintained for over 30 years. Many friends and family members continued to request her expertise long after her stylist days had passed.

Cathy cared for dozens of strays that found their way into her back yard. She could not bear the site of an animal in need, naming each with affection. She saved many from going hungry. In her eyes, they all deserved love and compassion.

Her grandchildren. Oh, how she adored them. “Monkey” and “BG” as she lovingly called Maxwell and Grace. As she felt her time was coming to a close, it was these two goodbyes that brought her peace. She was immensely proud to be their Grammy.

Cathy was the ultimate “boy mom” and an amazing role model for her son, Miles. She never missed a game, a concert, or a tee time. Some say it was the tomboy in her that enjoyed Miles’ love of sports so much. She was Mom when she needed to be, Dad when she had to be, a friend when it seemed right, and a guiding force in his life forever.

Her spirit will be missed beyond words.

She was preceded in death by her parents, Thad and Dorothy, nee Lopinot, Harris; her grandparents, Clarence and Marie Lopinot; and a brother-in-law, Steven Hodge.

The family wishes to express their deep gratitude to the medical staff at Barnes-Jewish Hospital, especially ICU Nurses Haele and Afsheen, who were angels on earth while Cathy was in their care, and to “Colonel” Kathy Kernan-Dougherty, for her resolve and support, and also to Dave, her kind and wonderful neighbor.

Memorials may be made to the Animal Medical Center of Mid-America. Condolences may be expressed to the family online at www.rennerfh.com.

Burial will be at Green Mount Catholic Cemetery, Belleville, IL, at a later date.