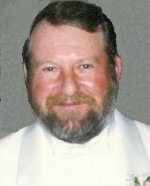 Mr. Garland served as a course superintendent at Clinton Hill Golf Course for 25 years and previously worked as a welder for Peabody Coal Company at the River King Tipple, Freeburg, IL.  Cecil was a member of the United Mine Workers of America (UMWA) Local 1148.

He was a graduate of Freeburg Community High School (FCHS), Class of 1965.  Cecil excelled in his athleticism, serving as co-captain of the Freeburg Varsity Basketball Team and lettering in basketball, baseball, and track and field.  As an adult, Cecil enjoyed all sports and was an avid and at times “scratch” golfer.

During the 1970’s and 1980’s, Cecil also served many of Freeburg’s youth, coaching both boys’ and girls’ baseball and boys’ soccer teams.

In lieu of flowers, memorials may be made to the family or to the American Diabetes Association.  Condolences may be expressed to the family online at www.rennerfh.com.

My heart is hurting very much.

Tina,Matt,Sean, and Aunt Char I love you all.

Sorry to hear about Cecil. Played a lot of golf with him dating back to the Westhaven days.

My sincere condolences to all the Garland Family.

My condolences to Cecil’s family
Cecil thanks for the good times we had at Clinton Hill!

I remember Basic Training with Cecil in Dec 1966