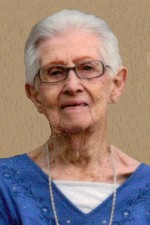 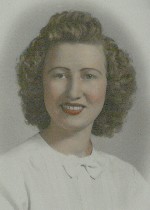 Cecilia “Celie” lived her youth on her parents’ family farm 1.5 miles west of Hecker, Ill., where she met the love of her life, Raymond L. Fulte of Marissa, Ill. They married March 7, 1945, in Hecker, Ill., when Ray was home on leave while serving his country as a Navy seaman during World War II. They lived in Virginia Beach, Virginia, and Orange, Texas during World War II. After the war, they lived near Hecker and in New Athens, Ill. In 1961, they moved to Belleville, Ill., where Celie lived her remaining years. Raymond preceded her in death on May 25, 1973.

Cecilia, like many others who lived through the hard times of the Great Depression and the Great War, learned at an early age the importance of family in her life. She was always the helping hand in any time of family need and the first with good cheer at family celebrations.

She was a life-long avid Cardinals baseball fan, stemming from the days when she followed the 1934 Dizzy Dean and the Gashouse Gang St. Louis team. She also reminisced about listening to the Cardinals 1934 World Series games on a battery-operated crystal radio, and then between each inning running to the fields where her father was harvesting the crops, but eagerly awaiting to hear Celie’s report of the score and the game’s important highlights.

Celie’s baseball reporting days proved to be great training ground because she gained the well-deserved reputation as the family’s entertaining oral historian. Celie was often asked to share her many stories of bygone days of life-sustaining customs of thrift and homemade fun. In 2011, Celie published a book, Memories of Cecilia Parker Fulte: In Her Own Words, a 49-page compilation of family information, photos, and reminiscences told in her own special style. The book may be found at local libraries, major genealogical libraries, and https://dcms.lds.org/delivery/DeliveryManagerServlet?dps_pid=IE1243623.

Celie loved to travel. After her husband’s death, she took over 100 vacations. Her trips in the United States took her to all but two states, and her international travel took her to 11 different countries.

Though often with little material means, Cecilia lived a life filled with fun, love, warm smiles and hearty laughs, positive attitudes, and heart-filled generosity. Though she has departed this beautiful earthly world, her loving soul lives on with grace in the many hearts she indelibly touched.

Cecilia was a member of St. Mary’s Catholic Church, Belleville, Ill., for more than fifty years. She was Past President of St. Mary’s Ladies Sodality, and a member of the St. Mary’s Quilters Circle for many years. Celie retired as Cutting Room Supervisor at the Belleville Shoe Company in 1990 with 40 years of service. She was Past Trustee of Trades and Labor, Honorary member of Southwestern Illinois Central Labor Council, AFL-CIO, Labor Woman of the Year 1979, and Past President of Union Label.

She was preceded in death by her husband, Raymond Fulte; and her parents, George W. and Elizabeth, nee Blackburn, Parker. Celie was the last living sibling of 14 children, two sisters, Mary Birkner Ganley and Elizabeth Papenberg, and eight brothers, Clem, Elmer, Joseph, George, Albert, Raymond, Armin, and James, all who married and raised families; and three brothers who died in infancy, Vincent, Dennis, and Virgil. She was also preceded in death by two sons-in-law, Robert Lucash and James Brede; a sister-in-law, Alice Mueller; maternal grandparents, George and Mathilda, nee Rittmeyer, Blackburn; and paternal grandparents, James and Anna, nee Carter, Parker.