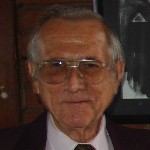 He is preceded in death by his parents, Charles, Sr. and Mildred “Dolly” (Zink) Grant; and his first wife, Rosemary (Wilkins) Grant.

Chuck graduated from Cathedral High School in Belleville, graduated from Henderson State University in Arkansas, served in the United States Army, was a High School Principal in Colorado, Illinois and Montana, and had a long career in real estate and land developments, Covered Bridge Estates and Hidden Timbers estates.

He was a member of St. Joseph’s Catholic Church in Marion, IL.

Memorials may be made for Masses at a Catholic Church (suggested St. Peter’s Cathedral in Belleville, Our Lady of Mt. Carmel in Herrin, St. Joseph’s in Marion) or La Puente Homeless Shelter in Alamosa, CO (lapuente.net). Condolences may be expressed to the family online at www.rennerfh.com.