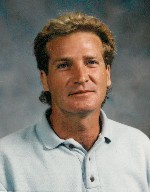 Mr. Barkman retired in 2005 after many years teaching at the high school level.  His final and longest teaching position was with Bunker Hill High School in Bunker Hill, IL.  After retirement, he worked for the Lewis & Clark Library System, which later became Illinois Heartland Library.  Charlie enjoyed nature and the outdoors and especially loved hunting morels in the springtime.  He was an animal lover and had several dear friends with whom he enjoyed frequently playing golf – sometimes he was even good at it, but he always enjoyed it.

He was preceded in death by his parents, Robert Edward and Agnes Alvina, nee Yoch, Barkman; his stepfather, Jerome Reinhart; a brother, Robert Bernard Barkman; and a step-sister, Sharon (Steven) Coil.

Memorials may be made to the humane society of your choice.  Condolences may be expressed to the family online at www.rennerfh.com.

Per Charlie’s request, no formal services will be held.  Instead, enjoy one another’s company and have a drink to toast Charlie.