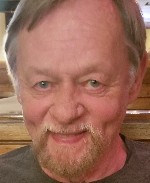 Charles served in the U.S. army stationed in Germany and served on active duty in the Vietnam War as a radio engineer. Mr. Bolam worked for the Alton Southern Railroad before his retirement. He was a proud railroad union supporter and served as a union leader.

Butch and his wife Karen ran a firearms shop and shooting range for many years in New Athens, IL. He enjoyed various hobbies and interests, including aviation, amateur radio, martial arts, Boy Scouts of America, and motorsports. Always ready for the next adventure, he lived with his son in Costa Rica for several years.

Charles was preceded in death by his wife of 48 years, Karen, nee Harreld, Bolam, whom he married on February 3, 1964, and who died on April 25, 2012; his parents, William F. and Jean, nee Tolman, Bolam; a brother, David Bolam; and sisters, Betty Weir and Mary Bolam.

In lieu of flowers, memorials may be to any P.O.W./M.I.A. organization.  Condolences may be expressed to the family online at www.rennerfh.com.