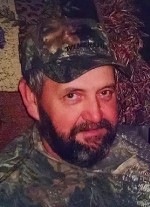 Doc was a Union Millwright and also operated Muddy Waters Marine in New Athens, IL.  He loved anything pertaining to his grandchildren.

Bill was preceded in death by his parents, Charles F. and Dorothy W., nee Lybarger, Dachsteiner; and his father-in-law and mother-in-law, Richard and Kathryn, nee Nesbit, Dilport.

Memorials may be made to the Epilepsy Foundation.  Condolences may be expressed to the family online at www.rennerfh.com.

Visitation:  Friends may visit with the family from 3 to 8 p.m. Monday, November 7, 2016, at George Renner & Sons Funeral Home, Freeburg, IL.

Dear Dachsteiners, I just found out about Bill’s passing and wanted to let you know how sorry I am for your loss. Your family was always so kind to me, especially after Jim and I separated. It meant a lot to me. Bill led a very full life and leaves a wonderful legacy in your family. He will be missed. God bless you. Hugs, Jan