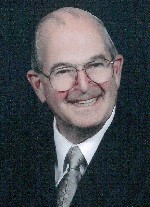 Mr. Tucker worked for National Cash Register for 41 years and retired as a district manager with the company.  He later worked as a controller for Neville, Richards & Wuller LLC.  He was a member of Zion Lutheran Church, Belleville, IL.  Fred was a U.S. Air Force Korean War veteran. He was thrilled to have participated in the Greater St. Louis Honor Flight program on November 4, 2017.

Memorials may be made to the Greater St. Louis Honor Flight, an organization near and dear to Fred’s heart, or to Zion Lutheran Church, Belleville, IL. Condolences may be expressed to the family online at www.rennerfh.com.