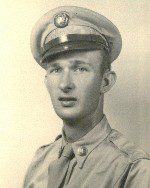 Mr. Strube worked as a teamster truck driver for Teamsters Local #600 and later worked for himself as a farmer and he also refurbished antique tractors.  He was a member of St. Agatha Catholic Church, New Athens, IL, and belonged to the Knights of Columbus Council.  He was a veteran of the U.S. Army, and belonged to the American Legion and the Veterans of Foreign Wars. Charles was also a member of the International Harvester Club and the J I Case Club.

Memorials may be made to the Catholic Charities of Southern Illinois.  Condolences may be expressed to the family online at www.rennerfh.com.