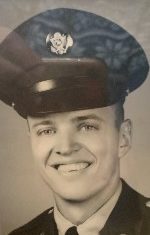 Mr. Tribout was an engineer for the U.S. Army Corps of Engineers before his retirement.  He held a master’s degree in engineering and worked at the locks and dams in the St. Louis area.  He was a member of the Belleville-Swansea Moose Lodge 1221.

Charles was preceded in death by his wife, Helen “Nikki”, nee Niklich, Tribout, whom he married on September 24, 2004, and who died on August 3, 2014; and his parents, Christ C. and Pearl M., nee Wilderman, Tribout.

Funeral:  Due to Covid-19 restrictions, a memorial service will be held at a later date.