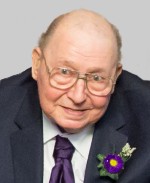 Special thanks to the staff at Swansea Healthcare and Rehab for their wonderful care.

Memorials may be made to St. Mary’s Catholic Church.  Condolences may be expressed online at www.rennerfh.com.

Sending our deepest sympathy and wishing comfort to the Veto family. Uncle Charlie was a sweet, gentle soul and hope that you will be filled with many happy memories of him.

Love to all,
Christine, Knut, Nicolai and Marcus

Steve & Barb and family-my sincere condolences for the passing of your father. Prayers for you all.

Our sincere sympathy to you and all your family for the death of your dad. May happy memories make you smile when you remember him.