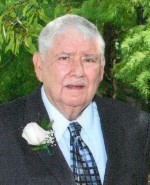 Mr. Yocks was a United States Army Korean War Veteran and on the Army shooting team in Okinawa, and the Civil Defense shooting team. He was a retired pressman for the Belleville News Democrat and St. Louis Post-Dispatch. He was also an avid fisherman and hunter.

He was preceded in death by his parents, Charles R. and Pearl, nee Staub, Yocks.

Memorials may be made to the Hospice of Southern Illinois or to the Alzheimer’s Association. Condolences may be expressed to the family online at www.rennerfh.com.