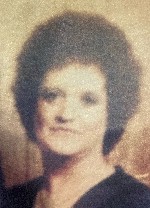 Charlotte spent most of her life caring for others. She worked as a nurse’s assistant for many years. After nursing, her passion was taking care of the elderly and fostering special needs children. It was not surprising that most of her family and friends referred to her as “mom”. Charlotte had a true heart of gold.

The family would like to thank the staff at the Swansea Rehabilitation and Health Care Center for their excellent care for Charlotte.

Memorials may be made to Vitas Hospice. Condolences may be expressed online at www.rennerfh.com.

According to Charlotte’s wishes her remains were donated to Saint Louis University School of Medicine.