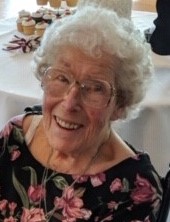 Mrs. Eise was a member of the former First Baptist church of Belleville, IL for over 60 years, where she was very active.

Memorials may be made to Shriners Hospital for Children or the Belleville Area Humane Society.  Condolences may be expressed to the family online at www.rennerfh.com.