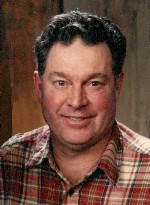 Mr. Hess worked as a brewer for Stag Brewery until his retirement. He was a merchant Marine during World War II. Mr. Hess loved spending time with his grandchildren.