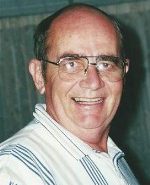 Mr. Thouvenot worked as a letter carrier for the United States Postal Service before his retirement.  After retirement, Clete stayed busy, never losing his farm boy work ethic, working in the yard and helping others. He was a member of St. Henry’s Catholic Church, Belleville, IL.  His greatest joy was his family, especially his grandchildren.

He was preceded in death by his parents, Cornelius and Helen, nee Amann, Thouvenot; two sisters, Arlene (Cecil) Earnhart and Melva Thouvenot; and two brothers, Leon Thouvenot and Kenneth Thouvenot.

The family wishes to express a special thank you to the staff at Freeburg Care Center for their loving care and compassion during Clete’s time there.

Memorials may be made to the Greater St. Louis Chapter American Parkinson’s Disease Association, 1415 Elbridge Payne Road – Suite 150, Chesterfield, MO 63107.  Condolences may be expressed to the family online at www.rennerfh.com.