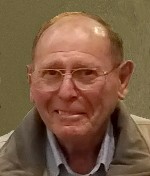 Mr. Welsch was a member of the Operator Engineers Union Local 520 and worked for Mahoney Asphalt before his retirement.  He was a member of St. Peter’s Cathedral Catholic Church, Belleville, IL.  Cletus was a loving and caring husband, father, grandfather and great-grandfather.  He was always there if you needed him. He loved the outdoors and had a special love for flying his plane “Charlie.”

He was preceded in death by his wife of 56 years, Betty Jean Welsch, nee Donaldson, whom he married on August 30, 1952, at St. Henry’s Catholic Church, Belleville, IL, and who died on May 26, 2007; one son, Daniel Joseph Welsch; his parents, Leonard and Viola, nee Vancil, Welsch; and one sister, Margaret Schindler.

Memorials may be made in the form of mass offerings to St. Henry’s Catholic Church or to St. Peter’s Cathedral. Condolences may be expressed to the family online at www.rennerfh.com.