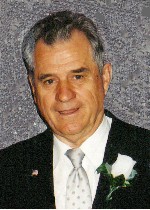 Clinton worked for the State of Illinois Department of Transportation before his retirement.  He was a 20-year trustee for the City of Swansea and an honorary captain of the Swansea Fire Department.  He was a member of St. Augustine of Canterbury Catholic Church and was an usher at the church.

Some of his favorite things in life were the outdoors, camping, fishing, and spending time with his family; especially his grandchildren and great-grandchildren.  He also enjoyed grilling, dining out with friends, and his frequent visits to fire houses.

Memorials may be made to the Multiple Sclerosis Society.  Condolences may be expressed to the family online at www.rennerfh.com.